The latest release of Shopify is OS2.0, a major upgrade to the platform. It offers a number of improvements, including theme apps and drag-and-drop options. This is an important update for the platform since many merchants have been waiting for a new store design for quite some time. However, this change does not mean that the old store design is no longer supported. Instead, it means that you can now create custom themes and landing pages with incredible site speed times. 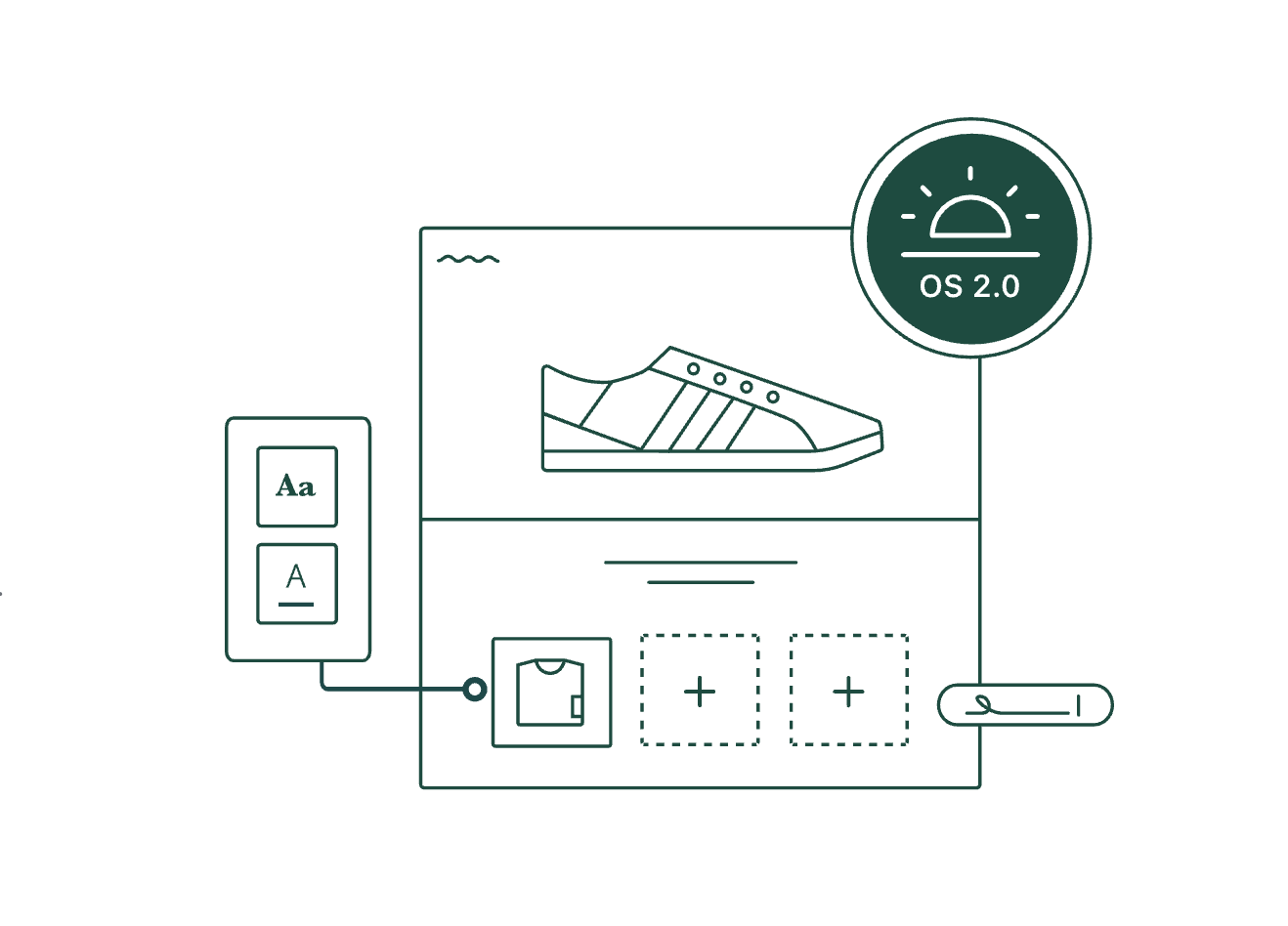 With the new version of Shopify OS, the new editor replaces the popular Shogun page builder. This new editor allows small businesses to create a variety of page templates and populate them with data using custom blocks and sections. The update also brings a facelift to the content management system. You can now type custom content into any page and publish it across multiple channels. This means that you can have a faster site than ever before.

How does site speed affect ecommerce?

Page speed measures the time it takes the content on a URL to load. Site speed, on the other hand, represents how your site is performing overall. It’s scored by services like Google PageSpeed Insights which look at various load times on your site in aggregate.

A time delay can affect sales, too. Through client experiments, web performance optimizers Crazyegg discovered that speeding up a page by just one second boosted conversions by 7%.

That means if a site makes $100,000 per day, a one-second improvement generates another $7,000 daily, and the opposite is true too. Online shoppers will never learn to be patient with slow pages.

Best outcome: your site has great opportunity for improvement, we optimize your performance so you don’t have to worry, and you earn more happy customers.

You leave the call with a better understanding of your store’s metrics and exactly where you can improve.

Either way, it’s a great deal for you!

Online Store 2.0 is also built with a new JSON template format, which means that merchants can customize their stores without hiring a developer. This allows them to create a theme that is maintenance-friendly and fully compatible with all browsers. Moreover, the new version supports faster loading times, and the speed of the website is also increased by 35%. One of the main reasons for Shopify’s OS 2.0 upgrade is its ability to support faster sites.

Shopify OS 2.0 features a new editor and improved performance. You can now create custom storefronts, add theme extensions, and manage apps within themes. All of these improvements are made possible by the new theme editor, which runs 35% faster than Debut. In addition to this, OS 2.0 has a faster platform than Debut. And if you’re a developer, you can build your theme without worrying about the platforms and re-platforming.

The new Dawn theme is built with a focus on performance and user-friendliness. The new theme also uses JSON template files, which enable developers to use generic files for other apps. This feature allows developers to upload media files from their PCs. Besides, it has the same features as the Debut theme, which is a major benefit for Shopify merchants. You can also add your own custom pages and blog posts through OS2.0.

Another important feature of Shopify OS 2.0 is its integration with themes. This allows developers to create apps that can integrate with existing themes. It also allows developers to manage supporting assets with ease, which can be very useful when implementing the new UI. It has several advantages, and is more powerful than its predecessor. The new interface is more flexible. You can customize the interface of your storefronts with it. If you’re a developer, the new OS 2.0 editor will help you to create themes that will suit your needs and make the most of it.

The new Shopify OS2.0 theme allows you to use custom Liquid code on your pages. This is similar to an HTML setting, but it gives you access to all the Liquid objects on the page. This feature is especially useful if you have a lot of custom sections. Previously, you had to modify the code of each page to make the changes to your site. With the new Shopify OS2.0 theme, you can easily define different sections on a page, so you can have an optimized site with more content.

The new OS 2.0 theme allows merchants to create customized sections and customize their homepages. The editor allows you to add custom sections to any page. The editor is also limited, but Shogun Page Builder is expected to bring exciting new features in the future. The Dawn theme is compatible with all modern browsers and is a significant improvement over the debuted theme. It also provides a cleaner interface. Although Shopify OS2.0 is not compatible with old versions of the platform, it is compatible with Shopify’s latest releases.

The new Shopify Dawn theme is designed to offer flexibility and ease of use. It’s made of HTML and CSS, and has less Javascript, which increases loading speed. It’s also faster than the Debut theme and is compatible with all browsers. Its new features are all built for a faster site. With the latest update to Shopify, the new themes, in addition to being lightweight, will continue to improve the speed of your website.

What performance gains can be expected?

On Shopify, our Storefront Renderer (SFR), is a new infrastructure upgrade that accelerates site speed. A Ruby application built from scratch, SFR is dedicated to serving storefront requests as fast as possible.

Storefront Renderer changes how read requests are served leading to server-side performance gains of 2.5 to 5 times versus the speed of requests made without SFR.

The biggest performance gains via SFR are in cache misses—those instances where a page or other requested data isn’t found in the cache memory and has to be retrieved from other cache levels or the main memory, causing delays and slowdowns.

What that means for your business is that Shopify is fast, out of the box. One of my bigger clients started using SFR sometime in 2020 and saw dramatic improvements over the previous month:

The best part is that all stores on Shopify Plus are now powered by Storefront Renderer.

Although site speed is influenced by many moving parts, you can rest assured that Shopify is doing its part to provide the fastest infrastructure possible. If your commerce platform isn’t committed to making speed a top priority, then the rest of the suggestions that follow won’t make as big of a difference. Knowing that you have this with Shopify, you can own your site speed by working on the following items to further improve your website.”

Cutting edge technology is used in all our themes and apps.

Epilepsy Safe Mode
Dampens color and removes blinks
This mode enables people with epilepsy to use the website safely by eliminating the risk of seizures that result from flashing or blinking animations and risky color combinations.
Visually Impaired Mode
Improves website's visuals
This mode adjusts the website for the convenience of users with visual impairments such as Degrading Eyesight, Tunnel Vision, Cataract, Glaucoma, and others.
Cognitive Disability Mode
Helps to focus on specific content
This mode provides different assistive options to help users with cognitive impairments such as Dyslexia, Autism, CVA, and others, to focus on the essential elements of the website more easily.
ADHD Friendly Mode
Reduces distractions and improve focus
This mode helps users with ADHD and Neurodevelopmental disorders to read, browse, and focus on the main website elements more easily while significantly reducing distractions.
Blindness Mode
Allows using the site with your screen-reader
This mode configures the website to be compatible with screen-readers such as JAWS, NVDA, VoiceOver, and TalkBack. A screen-reader is software for blind users that is installed on a computer and smartphone, and websites must be compatible with it.

We firmly believe that the internet should be available and accessible to anyone, and are committed to providing a website that is accessible to the widest possible audience, regardless of circumstance and ability. To fulfill this, we aim to adhere as strictly as possible to the World Wide Web Consortium’s (W3C) Web Content Accessibility Guidelines 2.1 (WCAG 2.1) at the AA level. These guidelines explain how to make web content accessible to people with a wide array of disabilities. Complying with those guidelines helps us ensure that the website is accessible to all people: blind people, people with motor impairments, visual impairment, cognitive disabilities, and more. This website utilizes various technologies that are meant to make it as accessible as possible at all times. We utilize an accessibility interface that allows persons with specific disabilities to adjust the website’s UI (user interface) and design it to their personal needs. Additionally, the website utilizes an AI-based application that runs in the background and optimizes its accessibility level constantly. This application remediates the website’s HTML, adapts Its functionality and behavior for screen-readers used by the blind users, and for keyboard functions used by individuals with motor impairments. If you’ve found a malfunction or have ideas for improvement, we’ll be happy to hear from you. You can reach out to the website’s operators by using the following email brian@bkthemes.design

Our website implements the ARIA attributes (Accessible Rich Internet Applications) technique, alongside various different behavioral changes, to ensure blind users visiting with screen-readers are able to read, comprehend, and enjoy the website’s functions. As soon as a user with a screen-reader enters your site, they immediately receive a prompt to enter the Screen-Reader Profile so they can browse and operate your site effectively. Here’s how our website covers some of the most important screen-reader requirements, alongside console screenshots of code examples:

We aim to support the widest array of browsers and assistive technologies as possible, so our users can choose the best fitting tools for them, with as few limitations as possible. Therefore, we have worked very hard to be able to support all major systems that comprise over 95% of the user market share including Google Chrome, Mozilla Firefox, Apple Safari, Opera and Microsoft Edge, JAWS and NVDA (screen readers), both for Windows and for MAC users.

Despite our very best efforts to allow anybody to adjust the website to their needs, there may still be pages or sections that are not fully accessible, are in the process of becoming accessible, or are lacking an adequate technological solution to make them accessible. Still, we are continually improving our accessibility, adding, updating and improving its options and features, and developing and adopting new technologies. All this is meant to reach the optimal level of accessibility, following technological advancements. For any assistance, please reach out to brian@bkthemes.design

Enter your email address to get exclusive deals.
Exclusive only to subscribers.

You have successfully subscribed to the newsletter

There was an error while trying to send your request. Please try again.